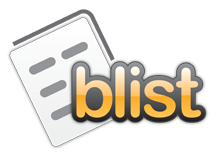 As Kevin wrote, we spent most of yesterday at the University of Washington computer science department talking to undergrads, grad students, and professors.

These are the kind of people who get really excited about what blist is doing - solving hard problems and really advancing the usefulness that people get out of computers in a fundamental way. People who know what they're talking about get a look at blist and say: 'that's important'.

Really exciting to show off blist to more people, more publicly, than ever before and get such great reactions!
Posted by Mathew Johnson at 2:25 PM