For some reason, The Compete.com toolbar puts a 'warning' on Comscore.com. This is not the case for Alexa, Hitwise, or Quantcast.

"The system is tilted towards the rich. . . We need to flatten income and payroll taxes, and those making under $30,000 shouldn’t be bothered. . . the best way to stimulate the economy is to give money to the poor. They will spend it.”

Us progressives keep talking about staying away from a flat tax - well, first we need to get to a flat tax - payroll taxes capped at the first $100K in salary? We tend to forget just how regressive to tax regime is in the U.S. - to say nothing of progressive, or even flat.
Posted by Mathew Johnson at 5:26 PM No comments:

Not sure what all this means, but it's interesting:

Posted by Mathew Johnson at 1:58 PM No comments:

Via the incomparable Virginia Heffernan, co-author of that under-appreciated work of staggering genius, The Underminer,

This is a 'where am I?' contest. If you can guess where this this picture was taken you win a killer prize. Does it look like Seattle in February? Or, does it maybe look more like Miami Beach in February? 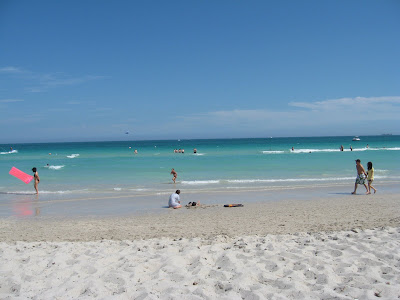 Posted by Mathew Johnson at 3:26 PM No comments:

blist is a Webware 100 finalist, and I am asking you to: Vote Here
Posted by Mathew Johnson at 1:32 PM No comments:

One of my very favorite things in life is flying West through a sunset - chasing the sun at five hundred or so miles an hour makes it go on and on and on. Posted by Mathew Johnson at 10:30 PM No comments: 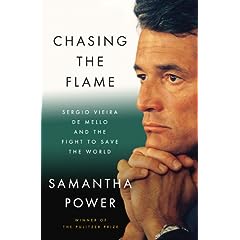 A shockingly impressive new book from Samantha Power, one of the world's most valuable and impressive people, Chasing The Flame, traces 30 years of UN nation building, human rights, and humanitarianism efforts in conflict zones throughout the world through the career of the late UN diplomat Sergio Vieira De Mello.

Committing this story to the page (many pages!) adds significantly to our body of collected knowledge & experience. Highly recommended.
Posted by Mathew Johnson at 10:03 PM No comments:

Can I get some more subscribers?? This is unique investigative journalism here!
Posted by Mathew Johnson at 5:08 PM No comments:

Apes & Androids - Nights Of The Week

Current best song: Nights of the Week by Apes & Androids:

Posted by Mathew Johnson at 4:22 PM No comments:

We announced an A round investment in blist today from Frazier Technology Ventures and Morganthaler Ventures.

Two of my favorite bits of press coverage come from John Cook at the Seattle P-I and Anthony Ha at Venturebeat.

One thing that goes hand in hand with venture capital investment announcements is fielding calls from various types of service providers and recruiters. We're generally not especially receptive to these types of sales pitches - if we need something, we'll find you - but if you do call in, make sure we know that you can accept payment in Flooz, or maybe even Beenz, and you'll get on our good side. If you make a strong case for e-gold, that might work, too :)
Posted by Mathew Johnson at 11:17 AM 1 comment:

Last week, John Markoff touched off a blog meme comparing the Seattle start-up environment with Silicon Valley's with his New York Times article. We got some John Cook, some Glen Kelman, and some Michael Arrington. Starting from the top with Markoff, this wasn't an especially substantive argument - kind of like 'tastes great. less filling' - both are good places, but in sifting through the comments on these posts, a real difference started to become apparent to me. Haters. The hater quotient in Seattle is higher than in the Valley. Ideas are apt to get shredded in Techcrunch comments, but on John Cook's blog, commenters get nasty and personal immediately - and that negativity is less encouraging to a community of innovative entrepreneurship and risk capital.

After reading a couple of nasty comments on John Cook's Askablogr post, I lost it, and had to write. Some more examples, comments on coverage of Redfin, Jobster, Judy's Book. Get a life, guys! I know Glenn and Jason and Chris and Andy - they are all impressively smart, successful and energetic guys. Guess what, lots of startups close down, lots of startups dig big holes to climb out of by raising too much money too fast - but it's not dumb money, that's how the venture model works, the singular successes pay for the myriad others - and you don't find the successes without the rest of the portfolio.

Positivity is one area where Silicon Valley still has the edge over Seattle.
Posted by Mathew Johnson at 10:20 AM 3 comments:

Today - Doesn't Get Any Better Than This

Great afternoon sail today in Seattle - Sun, Wind, Water, Mountains - It doesn't get any better than this! 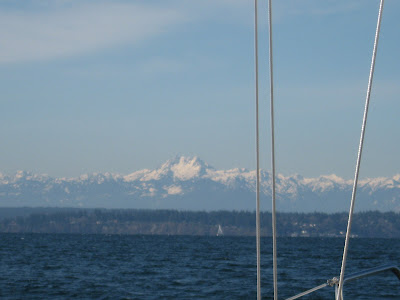 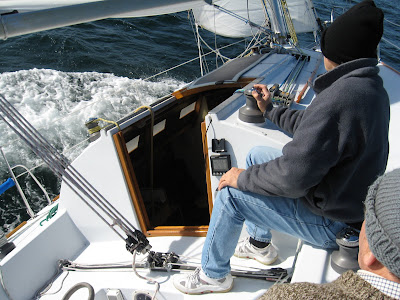 Posted by Mathew Johnson at 4:58 PM No comments:

Some how there's this weird trend - maybe you could even call it a phenomenon - where my friends are all adding the AskABlogr widget. I've even heard tell that AskABlogr comes from the fertile mind of Chris Devore over at Crash Dev.

Emailing someone else with an imeem widget on their blog one too many times about a track they should add to their playlist led me to believe that I should put my own damn widget on Mattishness. So, it's right there in the right sidebar, you can listen to what I'm listening to. Obviously, if you're reading this in email or a feedreader, you'll need to click through to the blog proper and probably scroll down.
Posted by Mathew Johnson at 2:11 PM 1 comment:

See, Dave? This is exactly what I'm talking about!

Half Of All Clicks On Display Ads Are Worthless

Online advertising has a large Zero Sum component to it - redistributing money from ad buys to ad publishers!! I'm not saying no one sells anything through Adwords or Adsense - or display ads for that matter - but the net flow is towards the publishers (or ad networks, of course!)
Posted by Mathew Johnson at 2:52 PM No comments:

I am continually shocked by how infrequently people worry about freshwater shortages. Take the latest projections of Lake Mead going effectively dry by 2014 - this isn't some kind of nebulous global warming fear - this is happening now, and your grandparents in Arizona are going to turn on the tap, and no water will come out. It doesn't feel like the year 2000 was that long ago, so I know that 2014 will sneak up like tomorrow. I used to work as a water resources consultant, I've been reading the same articles for years, with no real progress - and we can't afford it.
Posted by Mathew Johnson at 2:25 PM No comments: 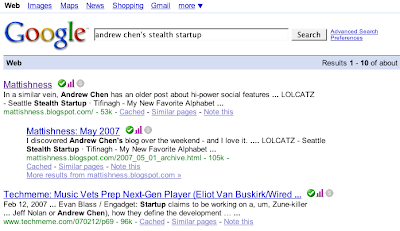 Posted by Mathew Johnson at 11:46 AM No comments:

Good thing I took 3 semesters of Italian in college:

I ran across a lawyer with a sense of humor today whose email address is:

Classic!
Posted by Mathew Johnson at 7:56 PM No comments:

LinkedIn Invite Variations from the literary lions at McSweeney's
Posted by Mathew Johnson at 1:05 PM 1 comment:

You can find out more about Reuven here.
Posted by Mathew Johnson at 11:25 AM No comments:

Yeah, his blog loads really slowly because all the Myspace-y widget type stuff - but his post about product features/aspects that you shouldn't ignore is a really good one. It's really a 'table stakes' post - everyone else is doing these things - and if you're not - you are bringing a knife to a gunfight.

In a similar vein, Andrew Chen has an older post about hi-power social features - that are hard to be competitive without.
Posted by Mathew Johnson at 9:38 AM No comments:

Paul Fisher has a good post up talking through some recent behavioral studies on people interacting with ads online. Basically, you're never going to be able to fully 'close the loop' on conversion from advertisement to sale, there are always leaks, even online, even with AdWords and CPA - though granted, the ROI is much more measurable than say in a Super Bowl ad :)
Posted by Mathew Johnson at 5:14 PM No comments: 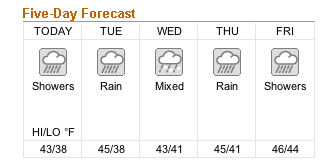 Posted by Mathew Johnson at 12:59 PM No comments:

I have a rule of thumb for social networking: If you are friends with two of my friends who are not themselves friends, then that is serendipity - and I should add you as a friend. 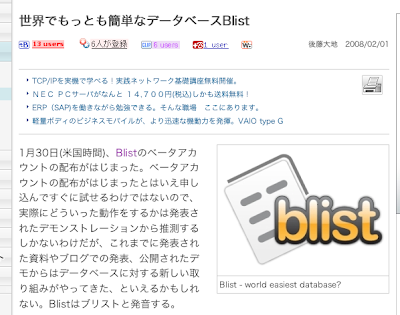 Posted by Mathew Johnson at 3:50 PM No comments: